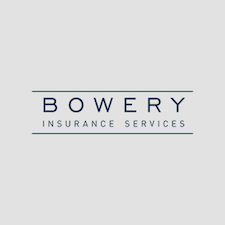 J. Mark Bowery graduated from Dobyns-Bennett High School, Kingsport, Tennessee, in 1980. In 1985, he went to work for the Sam Bray Insurance Agency, Inc. in Kingsport. While at the Sam Bray Agency, he was appointed as the Regional Director for Volunteer Firemen’s Insurance Services, Inc. (VFIS). With that he began his relationship with the emergency services that has lasted for 36+ years.

Mark and his wife, Wendy, purchased the VFIS Book of Business from Mr. Bray in March 1992. Together, they have built a business with four full-time employees and two part time employees, besides themselves. Mark travels the states of Tennessee and Virginia serving the insurance needs of volunteer fire and rescue organizations and EMS providers. The company has more than 600 agencies insured and continues to grow each year. Many of Mark’s customers have been with him since his time at the Sam Bray Agency. Mark is truly service oriented and endeavors to provide not only insurance, but training to his customers. His agency is also a wealth of knowledge for the emergency services regarding NFPA Standards and other rules and regulations affecting this particular group.

Mark joined the Bloomingdale Volunteer Fire Department in 1985 to get a better understanding of both the emergency services and the volunteers who give of their talents, time and more often than not, their own money. These volunteers stand ready to respond at a moment’s notice to answer the calls from the citizens of their own communities when life and property are in harm’s way. Mark is one of these brave and selfless individuals.

Over the years, Mark has served on many boards and committees representing the fire/rescue and EMS organizations. Currently he serves as the President of the Board at Bloomingdale VFD and is Past-President of the Sullivan County Firefighters Association. He is most recently the Past-Commissioner for Sullivan County District 6, where he was elected and served his community from 2010 to 2018.

Most recently, on January 1, 2020, J. Mark Bowery Insurance became a division of Correll Insurance Group. Mark still represents VFIS and Correll as the VFIS Regional Director for the same Tennessee/Virginia territory that he has been so involved in over the past 36+ years. The partnership between the companies has been very successful, and Mark and Correll look forward to many more exciting and profitable years ahead.

Mark met his wife, Wendy, in high school, and they have been married since 1982. They have two grown children, Andrew and Caroline, and three grandchildren, Annie, Elsie Kate, and Beau. Mark and Wendy also have a small farm where they raise Angus Beef Cattle, donkeys and the grandchildren. If Mark is not out of town at a fire, rescue or EMS convention or at a fire hall, squad or EMS station, he can be found on his tractor mowing the pastures while enjoying the fresh country air, playing golf, or motorcycling, often with his son. During the summer months, the Bowerys can also be found at local cruise-ins with his blue 1972 Chevy C-10 pickup truck, or his 1967 red RS/SS Convertible Camaro.

The staff of Bowery Insurance is timely in their responses and friendly each time I speak with them. I enjoy speaking to any member of their staff.

Correll Insurance Group offers the best of both worlds—you get to use a local, independent agent who lives in your town and knows you personally, but this agent is backed by a strong, national firm that has served the Southeast for nearly 90 years. So you don’t have to choose between having a personal relationship with your agent and knowing they have access to world renowned markets. You’ll get both with Correll.

Bowery Insurance is a member of Correll Insurance Group and works to bring you coverage that best fits your needs. Visit our corporate site to learn more.